I cannot fathom why even the third time around I love Italy so much. Partially I think it’s because it reminds me of my Grandfather, Augustine Koprda.

I’ve travelled extensively over Western and Eastern Europe, including the teeny tiny Slovakian village he grew up in – but strangely the people that remind me of him most are the Italians.

He was the European cliché – tall, dark, charming and too handsome for his own good. Passionate, loud, fiery but with a huge heart. Always a twinkle in his eye, and a spark of mischievousness that three wives perhaps attested to.

Maybe his Europeaness was exaggerated over time, in a fear of losing his culture.

Maybe it was the more than 50 years spent in the Italian communities of Australia, that he seemed to merge so effortlessly into.

Whenever I visited we’d be at the Italian or the Greek club, eating Mediterranean cuisine and I’d be getting lessons on life a la Europe.

“What are these shoes your Mother sends you in? No we must get you proper shoes, Italian leather.”

I know there was never anyone I looked up to or admired more. Maybe I saw a little of myself in him.

I remember as a kid being obsessed with this one book my mum had brought home from Slovakia, searching through the photographs for people that looked like me.

I never felt like I looked like the other kids at my virtually all Caucasian primary school. I was too olive, my hair too unruly, my eye brows too straight and too thick. My face too square, my features not quite dainty enough.

The first time I went to Europe I remember searching for faces like my own. And I found them. In Sleptany. A tiny village. My grandfather’s brothers, and their sons. They had identical eyebrows and eyes. It was uncanny. They cried when they saw me as the resemblance was so strong. I looked like a Slovakian man!

I remember going to Australia to visit my Grandpa a year later. The last time I saw him before he died. I played him a video I’d edited for his birthday. Little clips of his brothers, sisters and family in Slovakia.

I have no idea what they said, but he wept and wept like a broken man. Remorse for the family he’d left behind. The sacrifice he’d made for a new life. The old one he seemed so keen to leave behind.

Maybe that’s why he embraced the Italian way of life. La dolce vita. It was all the best of Europe, the sweetness without the darkness, deaths and horrors that were permanently etched in his mind from Communism and the Soviet rule.

As the story goes, he was almost shot when he escaped the border, swimming down the Danube river into Austria. His father was tortured by officials trying to get his whereabouts. It’s all hearsay now, as the very person I could’ve asked found it too painful to talk about.

But sitting in a square in Italy I think about him for the first time in years. He comes back so vividly, playing through my mind. Ironically he hated my love of travel, always telling me to stop wasting my money.

But the lure was too strong, the pull to explore this side of my heritage. There’s a darkness and sadness to his past that contrasts so starkly to Italy’s flamboyant lightness that would best be described as bitter sweet. My favourite type of gelato.

“You’re going where?” Everyone back home asked.

The Baltics. A trio of countries in North-East Europe wedged between Russia and the Baltic Sea.

Since gaining independence from the Soviets, these states seem to be swiftly gaining tourist momentum. And yet they still feel so old school Europe, like medieval times weren’t perhaps quite so long ago.

The summer days seem to last forever with the sun up until midnight, disappearing only to rise again 4 hours later.

I had a mere two week Baltic teaser – zigzagging across all three capitals: Vilnius, Riga and Tallin, as well as Lithuania and Estonia’s small coastal towns.

My favourite country was for sure Lithuania. I may be slightly bias to the fact it’s renowned for having the best looking men.

Sure, anyone with an ever so slight perchant for tall, urban, bearded beauties will be in voyeurism heaven. But of all the capitals Vilnius is the most quaint, hardly touristy and has sweet bohemian vibes.

I wouldn’t be surprised if men preferred Estonia, as it’s rumoured here the women are the most beautiful.

A bit of eye candy certainly does help decorate the streets. But of course there is so much more to a country then beautiful locals.

And they definitely charmed me. I feel for the Baltics’ quaint aesthetics, folklore traditions, dreamy landscapes, colourful history and endless summer days. 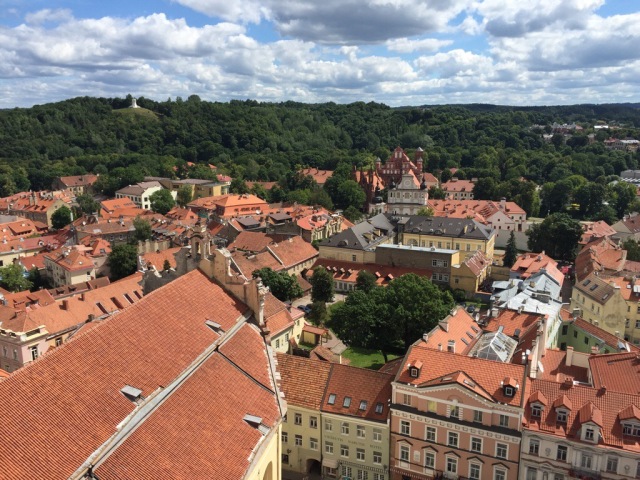